Why Hetero Men need to stop asking their partners for sex 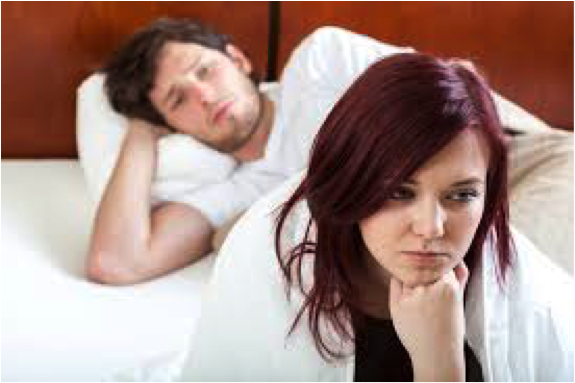 ‘If I don't ask her for sex then I wont get any!’ some men will think. But that can’t be further from the truth. Let mel explain why.

As a therapist I have had many conversations with couples and individual men and women about romance, sex and intimacy. One of the main themes that couples struggle with is their emotional connection – typically if the man hasn’t developed his emotional side enough then he is way too transactional when it comes to sex. He asks for it outright, which makes it easy for her to say no. She is not that easy, no matter how long you have been together! She says no because there is no lead up to asking the question, no getting in a romantic mood, no intimate conversation – he asks it just like he asks for ice cream for dessert. He needs to understand that how he asks for things at work is very different to how he gets his needs met at home, especially if he is in a position of power. She is very likely to feel his request is too blunt and all about him. Even worse, she may also feel like he is treating her as an object rather than a whole person with feelings and desires of her own that may need to be addressed first. She has tried to tell him that she needs more romance, but that assumes that he understands what romance is. He has thoughts such as '‘She has been watching too many chick flicks again', and "Is that because I haven’t bought her flowers in a while?' and 'I cant change my personality you know, I’ve always been a mans man!’ These attitudes won’t help improve the relationship.

Over time he also gets sick of asking for sex, because he doesn’t like feeling rejected, so he withdraws from her and may seek female attention elsewhere. I don’t necessarily mean he will have an affair, just attention – the coffees he has at work with the female colleague are becoming more frequent and the conversation is becoming more personal. He justifies this behaviour, says its innocent, but it is dangerous because it signals that he has given up on communicating with his wife. But he has only tried one very primitive tactic to connect with her! He needs to learn better communication skills.

She thinks ‘Why am I even bothering, he gets defensive every time I bring this issue up.’ She wonders whether all men are like this, and finds comfort in believing this. This thinking is also dangerous, because it signals that she has given up on him, and may be on men in general. Don’t do this, especially if you have sons!

Once in a while she will give him sex. It’s not fantastic for either of them if they are honest with themselves. He feels controlled by her, and that if he’s a good boy she will give him sex. He is bound to rebel from this in some way. She also feels controlled by him, in that he gets his way, restricts her freedoms, and doesn’t listen to her needs. This dynamic is very unhealthy, where both people feel like they are a victim of the other. This builds resentment in each other, distancing, and can easily lead to separation.

Even though this scenario is common, it’s not healthy. But it can be fixed if both people are willing. There are things she needs to change, but I usually focus on him first. Part of the solution is he needs to stop asking for sex, and understand that intimacy is about emotional connection, which should not just happen when you want sex, but should be attended to every day. Intimacy should be an ongoing part of the relationship that can be nurtured in many ways in many situations.  Here are some examples of how intimacy can be expressed daily to lower resentment and bring trust back into the relationship;

-       He approaches her while she is cooking dinner and touches her on the shoulder tenderly and asks her if she needs any help. Again, he doesn’t make it sexual

-       He offers to drop the kids at school without being asked

-       He tells her he would love to organise a date night, and he does, at a restaurant she likes. He doesn’t pressure her to be physical.

-       He uses US and WE in his communication far more than ever before, and prioritises the relationship over his own needs more often

*     He considers her wherever he goes, in whatever he is doing

The more he gives of the above, the warmer she becomes with him, and the more likely she is to give back. Their personal defences come down as their emotional connection is nurtured, and a deeper trust and respect for each other forms. It may require some therapy to turn old habits into healthier ones, but it is possible to turn disaster into passion.

Each of these behaviours nurtures the emotional connection of the relationship. The more he does this the more physical intimacy is likely to happen without even asking. For her physical intimacy happens when she feels emotionally connected to him. Remember, he does these things because he loves her, not because he wants sex from her.

If you want to know more about relationships, take a look at my book ‘Closer’  – available from bookstores, Booktopia and Amazon.

The right way to approach women

Understand the mistakes that people make about love when dating.

The Eight Most Common Psychological Mistakes of Business Leaders

Some tips for small business leaders and owners